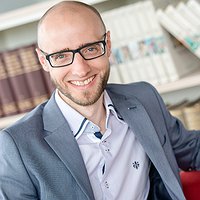 Frederik Elwert studied religious studies and sociology at the universities of Bremen and Leipzig. In 2014, he received his doctorate in religious studies with a thesis on religion and the integration of ethnic Germans from the former Soviet Union. He then coordinated several projects in the field of Digital Humanities. He is currently leading the project Digitisation of Gandharian Artefacts (DiGA) as well as several sub-projects of the SFB 1475 “Metaphors of Religion”. He has been an adjunct professor (außerplanmäßiger Professor) at CERES since 2022.

Professor of Center for Religious Studies and CERES Teaching